There has been an increased demand in the last few years by owner and financing firms for independent third party cost and schedule reviews.  We have recently completed a number of these independent reviews on behalf of financing organizations.  It has been a great experience because we are allowed take a deep dive into understanding the mechanics of all sorts of projects.

Third party reviews have grown in popularity for the purposes of assurance; either for the lenders, investors, or senior management.  We believe the review process will continue to increase in the coming years, due to higher cost scrutiny.

While all projects start off with good intentions and what the actors believe to be solid plans, management often makes the mistake of moving into execution without one or even two independent third party reviews.  Would you trust the first doctor who said you needed extensive brain surgery and that he was going to perform the operation?

An unfortunate truth of third party reviews is that, even after a review has been completed, people either don’t act on the results to mitigate risk and they don’t ask for a second or third opinion.  Resource owner management typically do not invite cost and schedule reviews on their projects because a negative report could be used against them.

A level of trust has left the industry and given the cost and schedule blowouts in the last five years, perhaps this new caution is warranted.  Confidence may not return any time soon.  Until that point, we should expect that third party reviews will be a greater part of project development, execution, and operation. 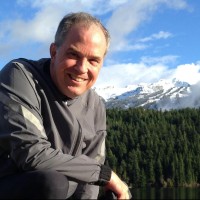 John F. Gravel
John is a mining professional with over 22 years of operations and project management experience. He works on the front lines of project delivery as Managing Director of Bedrock-Service, a leading global program management and construction consultancy; supporting organisations that invest in, own and operate assets.
© Copyright Gravel Bedrock.